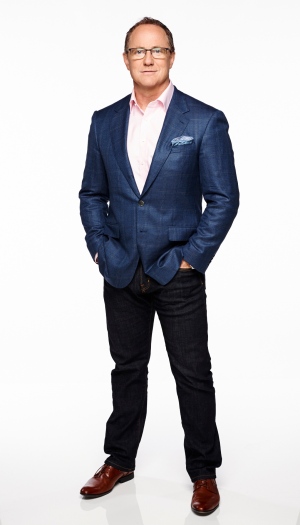 After writing and posting my blog about the creation of G.I. Sajjan, the reaction has been very positive. The comments ranged from “THAT WAS YOU?”, “Awesome job”, “Yeah I saw that floating around online somewhere”. It’s true there is a lot of noise on the internet, and it’s very easy to lose sight the comment or image you originally posted.

I decided to share my post on Twitter to the person who really got my image rolling, Minister of Veteran Affair Kent Hehr.  To my surprise he replied and read my piece.

@JDas2k @JustinTrudeau @HarjitSajjan I hear you about the citations bit. Happy to have given credit when credit was due when I shared.

It was the last part of my blog that resonated with most people, that I should have ben cited for my image’s usage in the w5 segment. Give credit where credit is due. Something that get’s lost in social media these days. We are always quick on the share or like button, we tend to forget who got the ball rolling orignally. I figured I would reach out onto Twitter to CTV News, W5 and Kevin Newman, the host of the W5. I originally sent a screenshot of my image as shown on TV and stating my disappointment of no credit given. I then followed up with a link to my blog post regarding the creation of G.I. Sajjan. After a few hours my internet decided to go out of service. My temporary Bell Fibe was not receiving phone, television, and internet. I was experiencing a complete blackout for a good 2 hours. It’s to be noted that a Bell technician was working in a deep hole they dug outside my home. Shortly after the return of the Bell repair technician, the signal was restored. That’s when a flood of notifications were pinging my social accounts along with this tweet.

Wow, an email from Kevin Newman? Someone actually from the press was contacting me? That felt pretty special. Kevin went on to apologize the missing citation for the G.I. Sajjan image on the original W5 broadcast. He went on to explain that the segment for w5 was in production for 4 days and that they weren’t able to track down the original post of G.I. Sajjan. W5 wanted to give me the proper citation on the image on their website where the image was posted along with Kevin’s original story and the full broadcast of the Harjit Sajjan segment  “Battle tested: Canada’s new defence minister is a street-smart, combat-hardened soldier” . You should definitely watch the video. Not just to see my G.I. Sajjan, but to learn more about the life of Harjit Sajjan.

It’s pretty amazing to see your work featured on one of Canada’s largest news networks. I’m not sure where this attention will lead to, but so far it’s been FUN. 🙂